Le Petit Marché (LPM) combines the neighborhood restaurant, bar, and marketplace to create a unique sense of community and a place to come together for une petite pause to enjoy delicious, seasonal, French comfort food and drinks with friends.

Showcasing the best ingredients combined with the leading chefs and food artisans in Los Angeles, Le Petit Marché offers a food and wine experience like no other in the city. 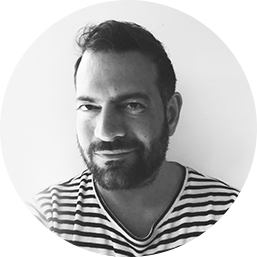 A Paris native and world traveler, Mathew Cape has a lifelong passion for food and wine. Cape opened his first restaurant in Saint-Tropez when he was just 18-years- old. When he came to the United States, he opened Vinolio – bringing fine Italian food to Hollywood’s burgeoning Cahuenga corridor. Cape has had a large influence on the growth of the stretch of restaurants and bars on Melrose in Larchmont. He was co-owner of The Larchmont, the sophisticated bungalow where they served American classic cuisine. He also worked with Mark & Jonnie Houston, the brothers responsible for some of L.A.’s most well-known bars, on the design of Pour Vous, the Parisian Jazz Age-themed venue on Melrose. Now, adding to the mix of hotspots on Melrose is Cape’s latest project, a restaurant, bar, and marketplace — Le Petit Marché. “This project offers something our community has been waiting for – the all-inclusive food and beverage experience of a gourmet market, restaurant and full bar,” commented Cape.

An avid art collector, Cape has applied that to curating the best local food and wine artisans to include in Le Petit Marché. In his free time, the 37-year-old restaurateur is also a successful actor, writer, and producer who enjoys surfing and equestrian activities. 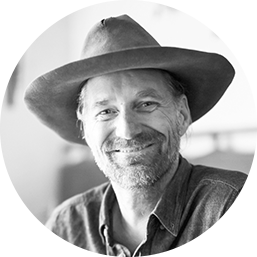 Spoon Singh has spent most of his life in the foodservice industry, beginning when he was a boy packing potato chips at his parents’ Kettle Foods processing facility. Singh studied business at Portland State University. It was in Portland where he began to hone his skills and interest in the craft of brewing. He took that appreciation with him to Hawaii and founded Kona Brewing Company in 1994, now one of the fastest growing brewing companies in the nation. Singh’s interest and experience in brewing have inspired his founding of several high-profile brewpubs, including Venice Ale House and Bank of Venice in Los Angeles, and Austin Ale House in Texas. Some of his other projects include Bar Hyman and The Larchmont in Los Angeles, Fork in the Road in Santa Monica. Last year, he opened Ojai Harvest, located in the heart of downtown Ojai and is a celebration of farm-to-table organic local fare. His most recent venture, Le Petit Marché is the culmination of the best elements of Singh’s years in the restaurant business. “We are really looking forward to having a positive impact on their lives of our community by offering them a place to come together and enjoy all the best food and drink that LA has to offer,” said Singh.

When he’s not launching new restaurants, this entrepreneur might be found at the beach surfing, playing volleyball, or sailing off the coast. Singh founded the Kona Brewing Festival, which has been going strong for more than 20 years. In addition to becoming a major attraction on the Big Island of Hawaii, it has raised nearly 1million dollars for charities addressing issues of children and the environment. 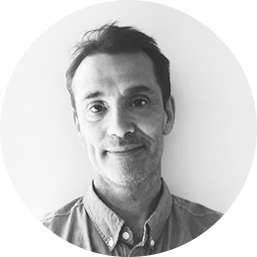 With a background spanning 25 years in the food and hospitality industry, Bernard Pichereau currently serves as the General Manager for Le Petit Marché. His passion for delivering an excellent dining experience was inspired by the rich diversity of cultures and cuisines he encountered while growing up in France and traveling around Europe.

After majoring in Business and Economics and working in various restaurants, Pichereau moved to Los Angeles and entered the wholesale produce industry as a Floor Manager and eventually as a General Manager. As a GM he had the unique experience of being able to work with farmers and growers on one end, and with restaurants, hotels, airlines and corporate kitchens on the other. Some of his notable clients included: The Playboy Mansion, LSG Sky Chefs, and the Skirball Cultural Center. Pichereau also has extensive experience working as a consultant to restaurants and a multitude of other venues.

Bernard enjoys learning from his clients and employees alike and welcomes the opportunity to perfect his skills in the art of hospitality. He spends his free time keeping up with current events, listening to and playing music, practicing martial arts, and discovering new restaurants and experiences with his family. 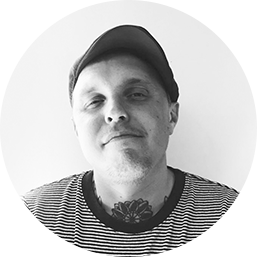 Chef Stephane Liot brings with him a lifetime of experience in French cooking. Chef Steph trained in Paris at La Cuisine du Lycee Marie Durand. He began his journey in the French kitchen at a very young age, learning from his father who was a chef.

iving in France, Montreal, England, Japan, Germany, Switzer- land, and Cuba has provided a diverse background in interna- tional cuisine. Chef Steph absorbed methods, tastes, traditions, and ingredients from all over the world that he draws upon to create incredible and unique depths of flavor in his dishes. Most recently, Chef Steph was brandishing his culinary talents at the well-known Sunset Boulevard restaurant, “The Butcher the Baker and the Cappuccino Maker.”

For Chef Steph, Le Petit Marché represents an opportunity to showcase his take on French cuisine, inspired by the L.A. life- style. “In France, the cuisine is constantly growing. I want to ensure, that in Los Angeles, we also expand how we envision classic French dishes,” said Liot. In addition to his French-in- spired cuisine, Chef Steph has created an extensive plant-based menu, reflecting his passion for California’s finest produce — using the freshest local, seasonal and sustainable ingredients.

If Chef Steph could ever get out of the kitchen, he would proba- bly enjoy traveling the world, having a drink beachside or maybe he would get back to playing tennis. In the meantime, he will stay put in the kitchen and continue to create delicious dishes that reflect his take on his native French cuisine. 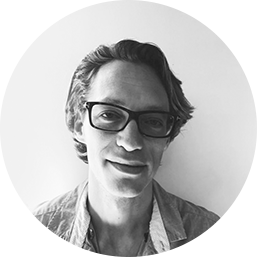 Chris Kramer has more than two decades experience crafting his sought-after cocktails. Traveling the world for knowledge and inspiration has imprinted all his creations with fresh, unique and delicious flavor profiles.

Prior to becoming a mixologist, Kramer traveled the world as a fashion model. It was through these journeys that he learned the differences in cocktails from all over the world and began to understand how fresh, seasonal and regional ingredients can impact a cocktail. He began bartending in Hong Kong, where amidst the fast pace of the nightclubs, he began his journey and interest in learning about all the age-old traditions and secrets involving spirits. “Having a craft mixology bar inside a fine dining restaurant has its perks, there are always new ingredients on hand to integrate into our cocktails,” said Kramer. He goes on to explain “Mother Nature lays out all our seasonal courses and the craft cocktail menu should reflect the season in the same way as the cuisine.”

Now at the helm of the Le Petit Marché bar, it is the customers, the chef, high-quality spirits, local, fresh and seasonal ingredients that are his inspiration for his cocktails. Kramer’s cocktails will make a crucial statement about Le Petit Marché — illustrating a commitment to flavor and quality.